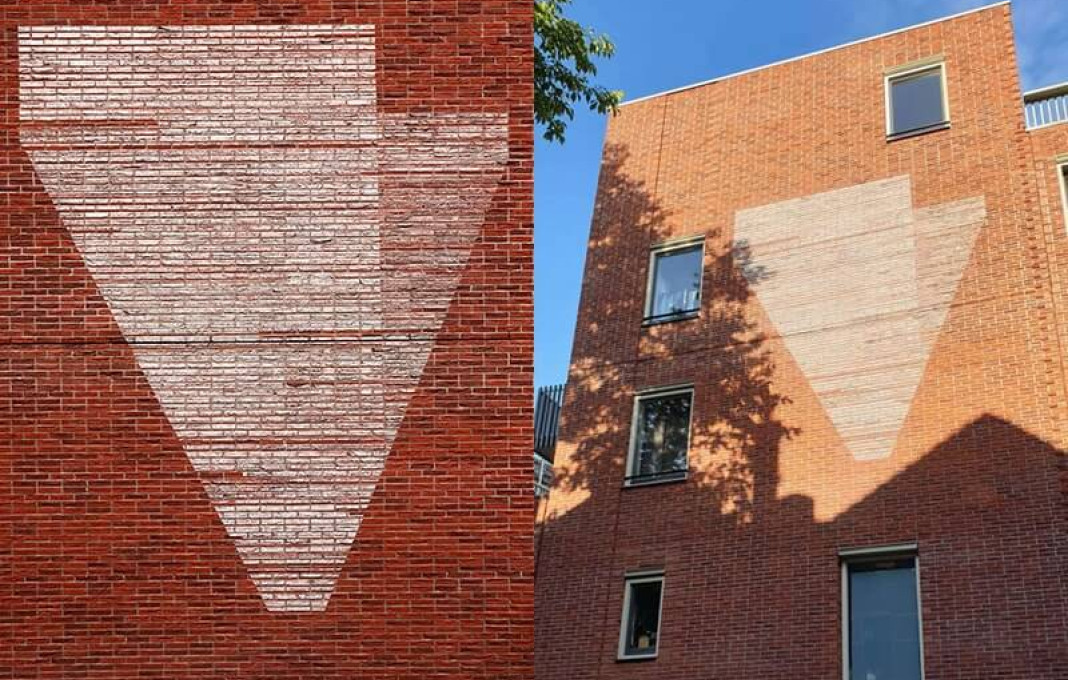 Commissioned by Woonstad, hp architects realized a housing block in the Oude Noorden, Rotterdam. On the west wall of the housing block, on the Ruivenstraat, a mural was desired. Murals Inc. was approached by Woonstad to make a proposal. In turn, Murals Inc. Bart Lodewijks to realize the artwork.

Murals Inc. has previously completed a mural work for Woonstad in the Oude Noorden area, situated in a ‘blind niche’.

The mural on the facade of Ruivenstraat is also characterized by a subtle approach. 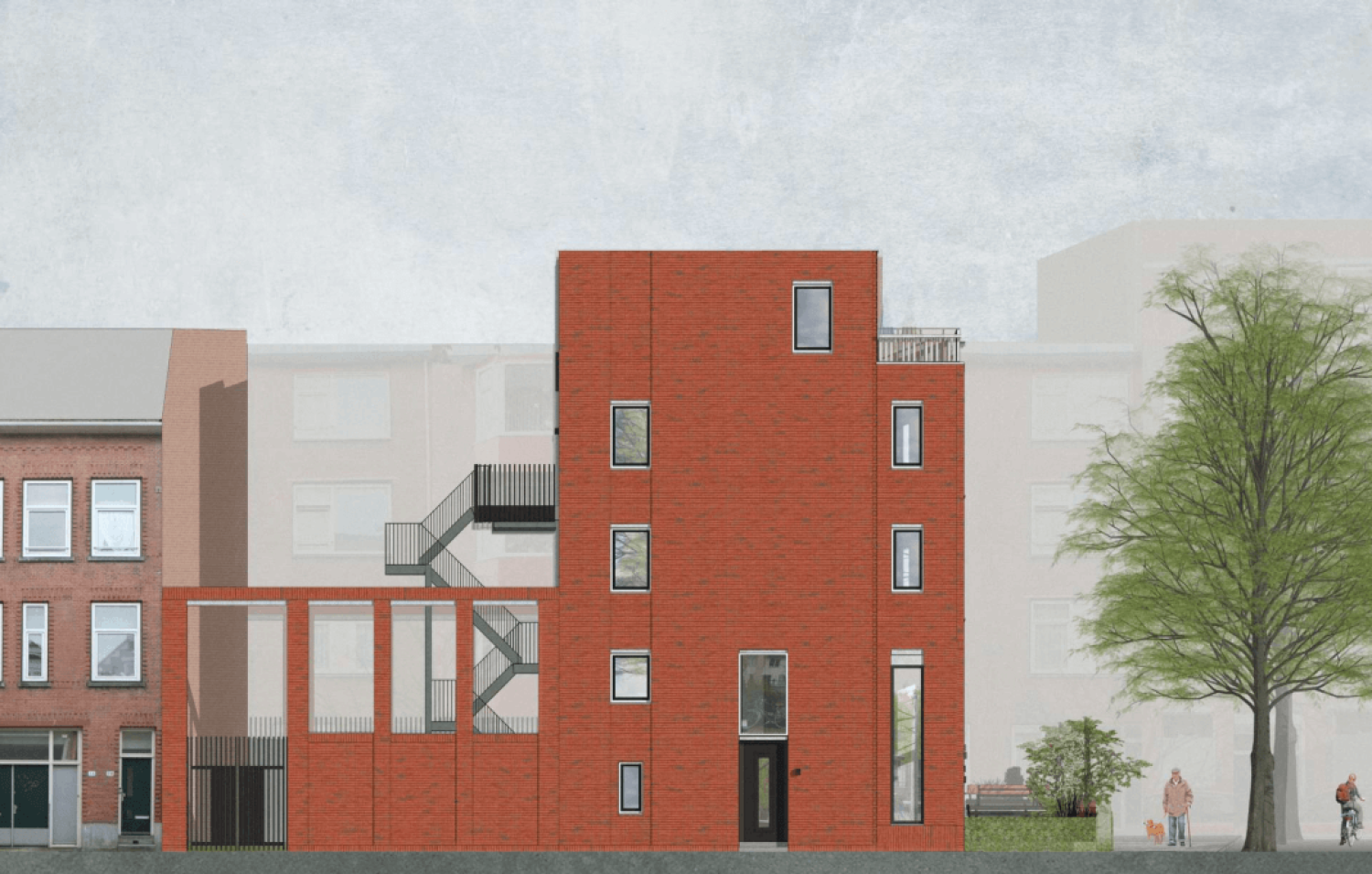 Since 2001, Bart has been working on large-scale, linear chalk drawings in public and private spaces. He draws with chalk on walls, houses, churches, hospitals and roads in cities and towns, and writes about the process and the people he meets while drawing. In publications, e-books, lectures, texts, films, exhibitions, newspapers and performances, he tells how the encounters with residents, visitors, passers-by and children make drawing possible. Bart tells of the interactions, the sympathy and trust, but also the suspicion and resistance that drawing evokes. The stories expose what would have remained invisible without chalk drawing. This creates a narrative analysis of the places where drawing descends. Drawing is a social act for Bart.

The drawing has all kinds of stops and interruptions, jumps and connects places, skips places and never finishes; hence he speaks of a single drawing. They are long straight lines that are often not visible in their entirety because they turn a corner or continue several streets away or are erased by rain. The lines are straight because this is the shortest possible connection between two points, similar to a footstep. On foot, you can get anywhere. Bart tries to get everywhere while drawing.

The architecture of the residential block is based on the dimensional proportions of architect/monk Dom van der Laan. The sobriety and beautiful rigor that characterizes the residential block provides tranquility within a residential neighborhood. Bart's work is a striking addition that does not want to impose itself, but is there. As Bart himself puts it, “My ideal is a drawing that effaces itself, as if it was always there, giving meaning to a place without claiming all the attention”. According to hp architects and Woonstad, this attitude fits the identity of the building.

Added value for both the artist's oeuvre and Murals Inc.

Murals Inc. is committed to murals in outdoor spaces that do not reveal themselves directly. Work that challenges the viewer’s imagination. Bart usually works from a social point of departure. However, his chalk drawings in relation to architecture are also autonomous works of art. Often they do not need the carefully constructed context but speak for themselves. It was an opportunity for Bart and Murals Inc. after the lengthy and profound project on the North Island to see how it feels when a drawing is on view for longer than the period of time it takes for it to be drawn away again. As well as how it feels when the drawing relates autonomously to the architecture and the surroundings. 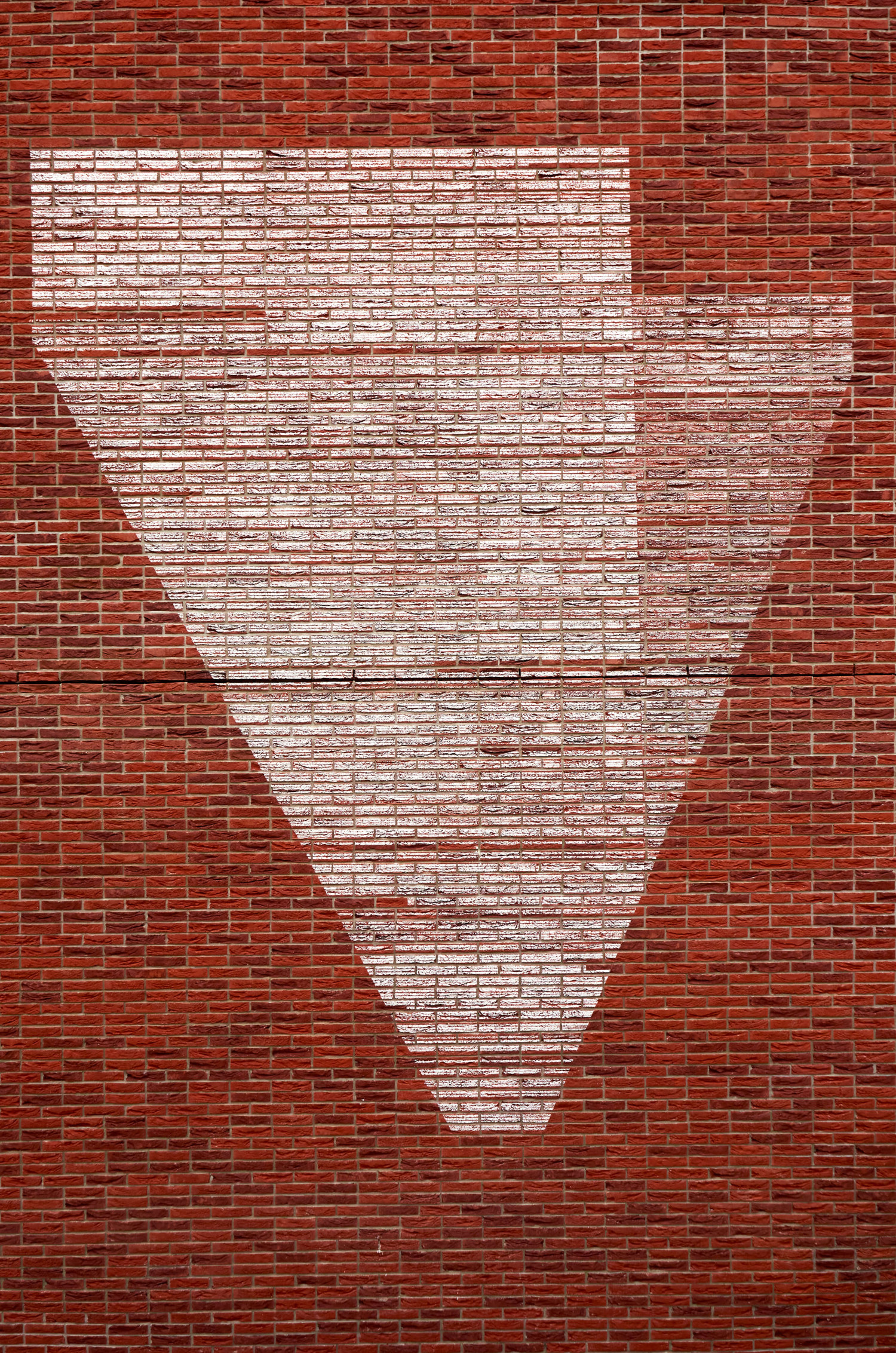 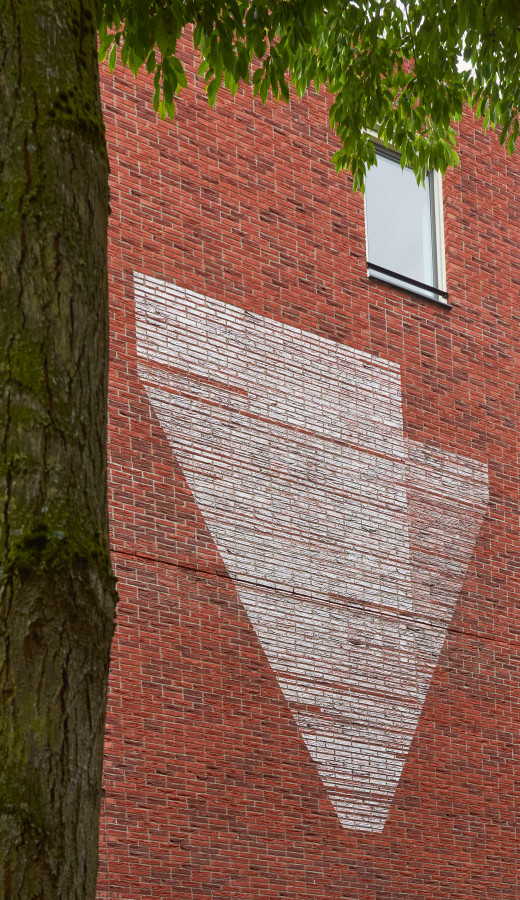 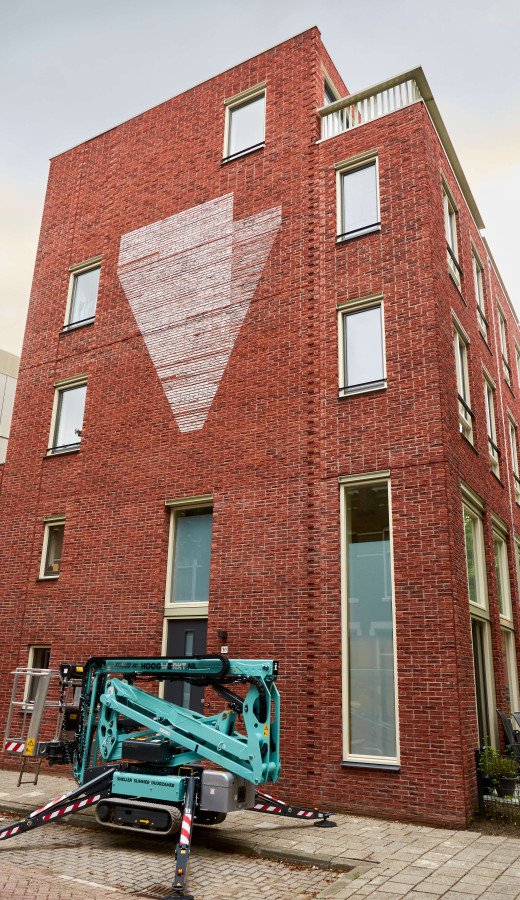 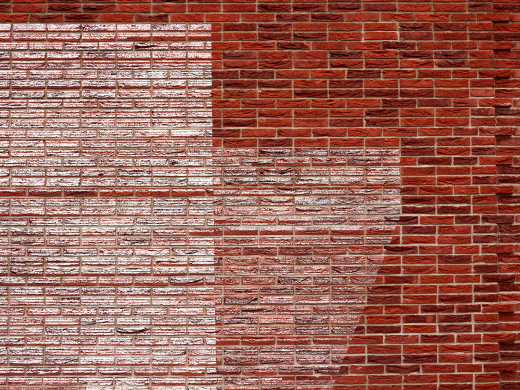 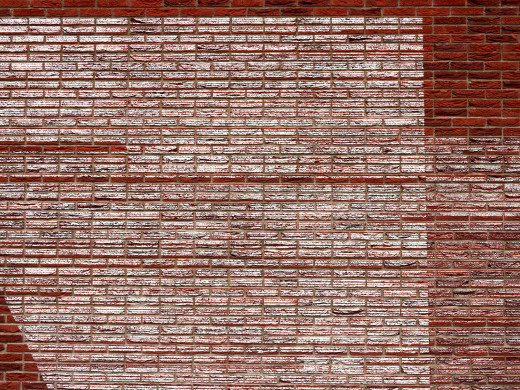 The photos below were taken by local residents. The chalk drawing on the Ruiven Street facade is the first on an exterior wall of a permanent nature. 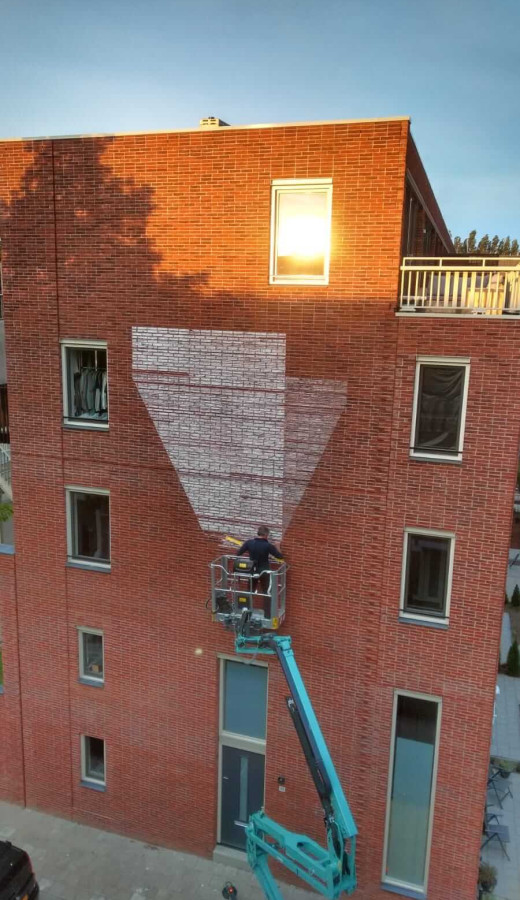 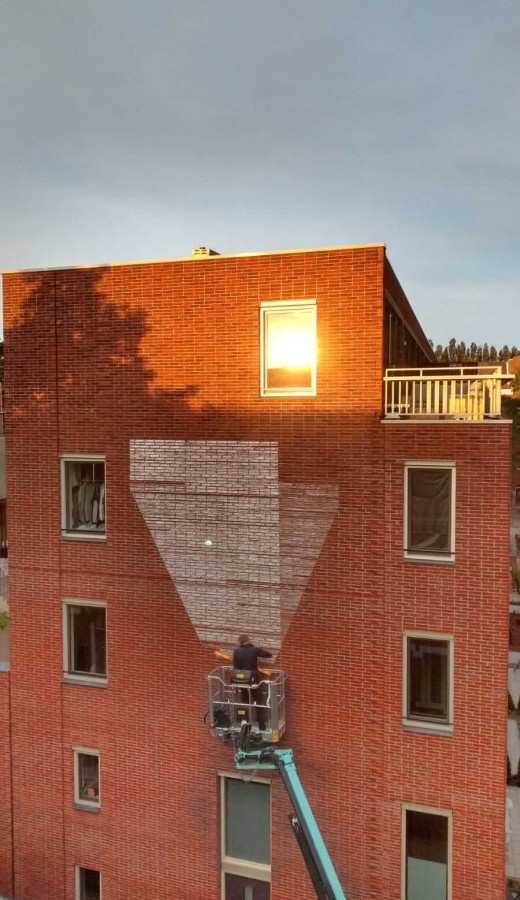 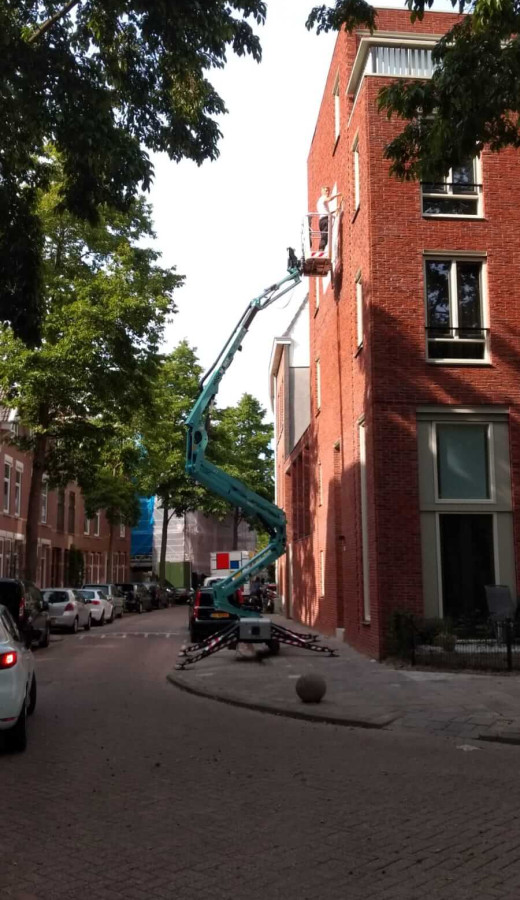 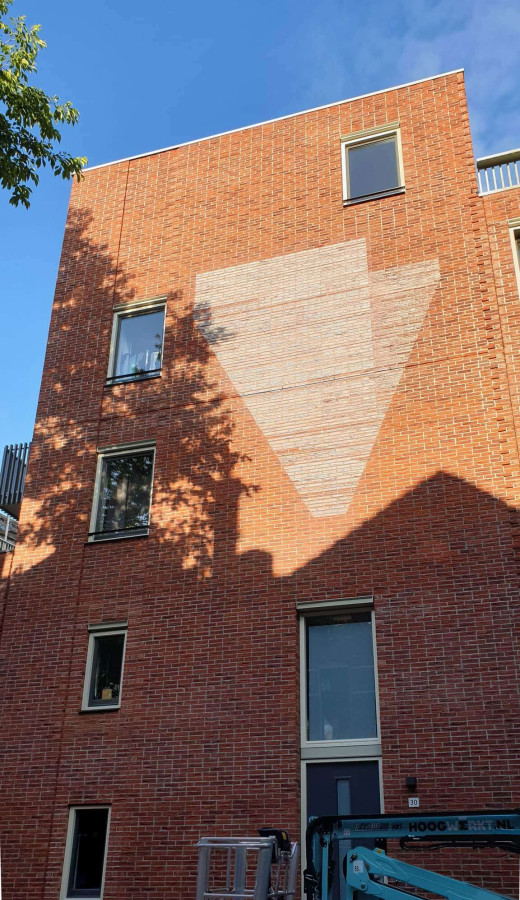 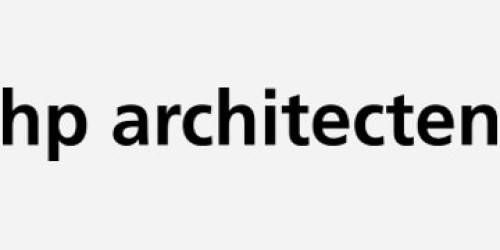 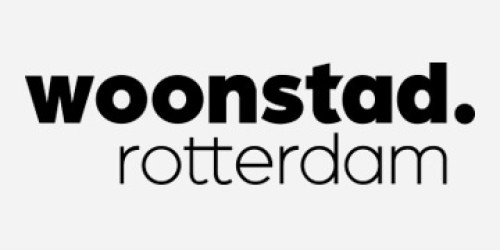 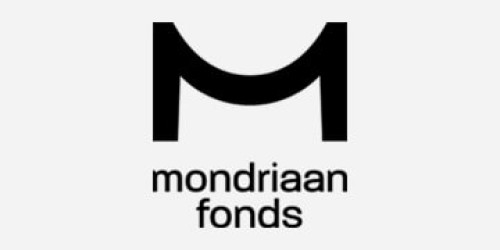